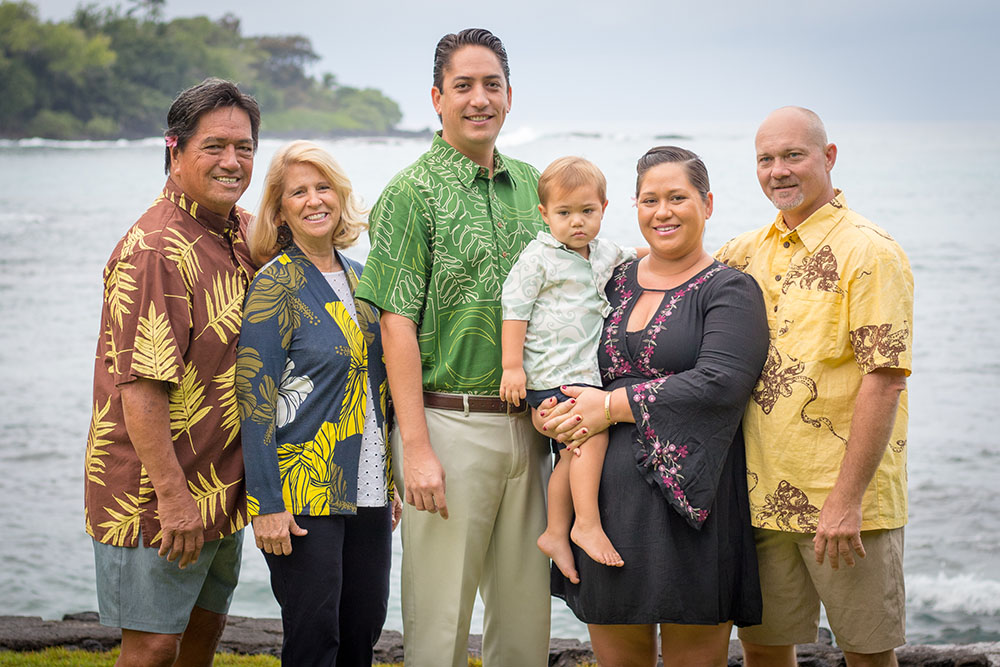 “I grew up in a family where everything we did was in service to the community. It’s been community first my entire life.”

Dru Kanuha was born in Kealakekua and raised near the shore, in the ahupua‘a of Hōlualoa. His father Jerome’s family goes back many generations in the Keōpū ahupua‘a. His mother Debbie was born in Pennsylvania, raised in California, and lived in Kona for more than 40 years.

Dru attended Moku‘aikaua Preschool, Kahakai Elementary, and Kealakehe Intermediate and High Schools. He went on to attend the University of San Diego, earning his degree in political science and business administration while serving as vice president of the Hawai‘i Club.

While in college, he became interested in the potential of political involvement to make a difference in the community that raised him.

After a lifetime of service through Kai ‘Ōpua Canoe Club, his family foundation and other community engagements, Dru was inspired to make an impact through public service.

He was elected to the Hawai‘i County Council in 2012 to advocate for his community and move things forward. Now, Dru wants to expand his advocacy to Kona and Ka‘ū, and take his efforts to the state level.

or
Please check your e-mail for a link to activate your account.